What do you do when your internet is slow? Maximum effort mode: create your own ISP 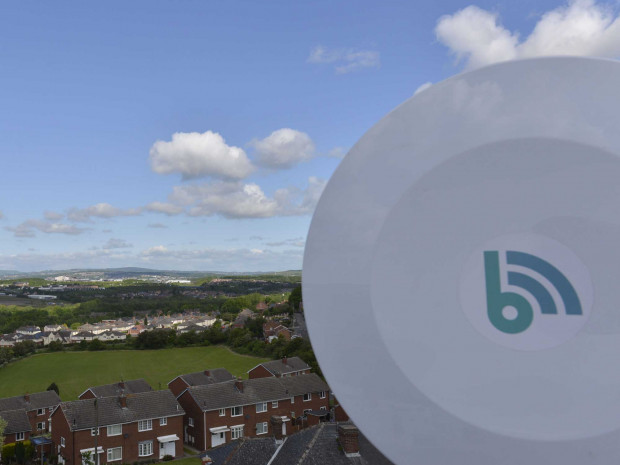 We’ve all been there, sat at a computer or staring at a phone watching a wheel spin around waiting for something to load, a plight all too familiar for the modern day man or woman. For most of us these kind of problems are temporary, but what if this was happening at home on a daily basis and wasn’t a result of low signal or a dodgy webserver, but to do with your geographical location? What if there was no provider who could provide you with a speed above 2mbps? What would you do then? Many would simply give up, others would consider moving, us, we don’t like to do things by half measures, we set up our own Internet Service Provider, and here’s how we did it.

What an earth were we thinking?

First off, a bit of background on how we ended up in this situation… Impelling hails from Treeton, a small village situated between Sheffield and Rotherham. Back in 2011 an exciting scheme called Digital Region was announced in South Yorkshire, the goal to provide superfast internet to the region with an impressive 98% area of coverage. Backed by European funding the scheme was one of the first of its kind in the UK and brought with it high hopes of dragging South Yorkshire out of the dark ages and making us a super connected force, leading the UK into a new age of connectivity.
Unfortunately, however, as is often the case with projects like this in South Yorkshire, somehow they managed to balls it up. In August 2013 after being online for less than a year, Digital Region announced that they would be turning their network off. Unable to find suitable buyers for the project, Treeton and many other small villages went from having speeds in excess of 40mbps to below 2mbps overnight.
In more densely populated areas big providers like BT picked up the slack and invested in their own infrastructure to bring high speed internet to the region. The collapse of Digital Region did leave the more rural areas, including Treeton, cut off. With infrastructure in the ground underneath us, but no suitable buyers, many rural areas were left as black spots, stuck in the dark ages, still looking at that spinning wheel.

No internet. So now what?

At this point in time Impelling was operated in most part remotely, over the internet, with team members working from separate locations using online software to communicate and coordinate projects. Chris, our managing director lives in Treeton, so obviously this dramatic turn of events had a huge impact on the day to day running of our business.
With working from home out of the question Chris asked our long term partners and good friends at HA Hosting if they could lend him some desk space. Luckily they had some space in the corner of their data centre no less, not too far from Chris’ house. It was working here, amongst the brainpower contained within the data centre that the first ideas for Bliss Internet were formed.
Realising  many people in Treeton were in the same situation as Chris we realised there we saw an opportunity to provide the local community with a decent connection and possibly grow a business out of the idea.

Setting up an ISP, not easy work

We’re at the point now where we have 250 customers connected to the network and things are running more or less smoothly. The business is growing at a steady rate and feedback from customers is largely positive. Getting here has not been easy though, here are just some of roadblocks we faced along the way:

The original goal of the project was to provide the community with a decent connection, and the response we received once we put the idea out there was phenomenal. In order to gauge interest in the scheme we set up a Facebook group, which was immediately flooded with excited people wanting to sign up and offering up various way they could help us out.
On almost every occasion we needed a contractor to do a job helping us, someone from the local community stepped up and did a great job. Getting the project up and running has truly been a community effort and we’re thankful to everyone who’s helped out.

Founder of Impelling, Chris has evolved the company from a small one man operation into a thriving digital agency. His pragmatic and friendly approach allows him to communicate a wealth of knowledge and deliver solutions to problems of all shapes and sizes.