How do I deliver bad news to clients, even when I don’t want to? 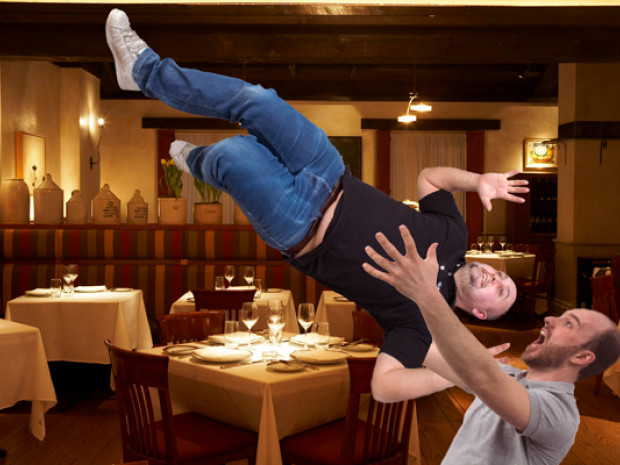 ...or, 8 Golden rules to follow when delivering bad news to a client

The truth is; every business has to deliver bad news at some point and anyone who cares about the projects they are part of doesn’t want to be the person to deliver it. If you’re lucky enough to have clients you love working with as well, you might even feel genuinely bad telling them things they don’t want to hear. This, however, is exactly why you should be the person to do it.

It’s very easy to misunderstand people in an email and not just because of that slight grammatical error you missed either. When faced with bad news, people may even read meaning into your message that you didn’t intend in the slightest.

Emojis are now becoming commonplace, even in some businesses as we move away from email and into more chat-based technology, but they still don’t solve the problem that people read in their own voice, through a filter of their own experiences. Suddenly, that winky face you put in there looks less cheeky fun times and more like you’re just being a giant Richard.

Talking on the phone or even better, in person, gives you the opportunity to gauge their reaction immediately and react to any misunderstanding delivering the news the way you mean it.

What if they’ve just had some even worse news about something else just before they read yours? If you talk with them you’ll be able to tell this from the way they sound and start off the conversation in a way that suits you both.

2. Get straight to the point. Don’t launch into a bunch of excuses first

People are busy, they don’t like to be waffled at and get bored easily. If you’ve got something bad to say don’t dress it up. Just get to the point.

Justify the reasons by all means, in fact in most cases you will have to give some reasons, but don’t excuse the fact the situation is happening.

Just doing this, coupled with the first point will already prove you care enough to phone them personally and not bull sh*t them.

A lot of people are scared to tell the truth because they feel like the client will be upset if the situation seemed avoidable so they make up something about “an unavoidable, unforeseen circumstance”. Remember that first summer job you had when you called in sick to work that time because you wanted to stay out partying, but you told your boss your mum was in hospital? It wasn’t okay then, it’s not okay now! (I never did this by the way if you’re reading this Mum/Hammicks book shop in St. Albans).

If you’ve overrun on another project that is causing this one to miss a deadline, yes it might be due to poor planning, but it might also be because you care about nailing every project so much you sometimes dedicate more time to them to go over and above. Politicians would call this spin so be careful how you frame it!

4. Acknowledge how this will affect the client

Whether you’re Facebook, Amazon or, like us, a web design company in Sheffield, everyone who works within the organisation is a human being and they are all fighting the same battles you are.

Try and understand it from their point of view, if this news is going to cause this specific person more work, apologise to her/him personally about it. Don’t go as far as to pretend like you’re super bummed out about it because that might come across as fake, but don’t hide the fact you care.

If you’re not a complete cyborg, then it should be natural that you feel some sort of remorse! If you’ve already developed a good relationship with them (see my previous blog for tips on this) then the likelihood is they will take the news better anyway and believe you when you say you’re sorry.

5. Write down (at least) the gist of what you want to get across first

Even if you end up veering wildly off track during the conversation, having a plan for how you’re going to deliver the call means you have something to work from. It also means you have the basis of the follow up email already constructed.

6. Practice your delivery out loud

It sounds weird, but reading out loud what you intend to say exposes the flaws in your written style. As soon as you start talking, if you don’t fall into a rhythm then you need to re-work how it’s written.

It will also make you really think about what you’re saying.

Pretty simple this one.

8. Keep them in the loop, and do the things you promise after the call

You can do everything right when delivering the news, but if the solution isn’t right around the corner, every second that ticks away is more time they are worrying about whether your promise to sort it out was genuine or not.

A quick follow up email after the conversation re-iterating the chat and what your plan of action is, followed by some sort of communication to let them know how you’re getting on later is all you need to rectify this. You know your customer so only you can know how and when to do this, and if you don’t, ask them! How do you want me to report back to you on this? How often until it’s sorted?

The key thing to take away from this is to be proactive. Be brave. Pick up the phone and deliver that news. If they have to chase you, you’re already doing it wrong. Once you’re on the back foot it’s really hard to gather the same momentum you had before the issue as you always feel like you’re trying to make up for things.

Remember, (most) people are pretty reasonable and understand things don’t always go to plan. If your client is from a bigger organisation than you, this makes them more experienced in dealing with problems. This is therefore to your advantage, not something you should be scared of! It’s how you deal with problems that counts, not the fact they are happening in the first place.

Unless you really messed up, then you’re on your own...

Richard is a Project Manager with years of experience in large scale corporate events and now IT and Web. He is qualified in PRINCE2 2017, AGILE and is a certified SCRUM Master.